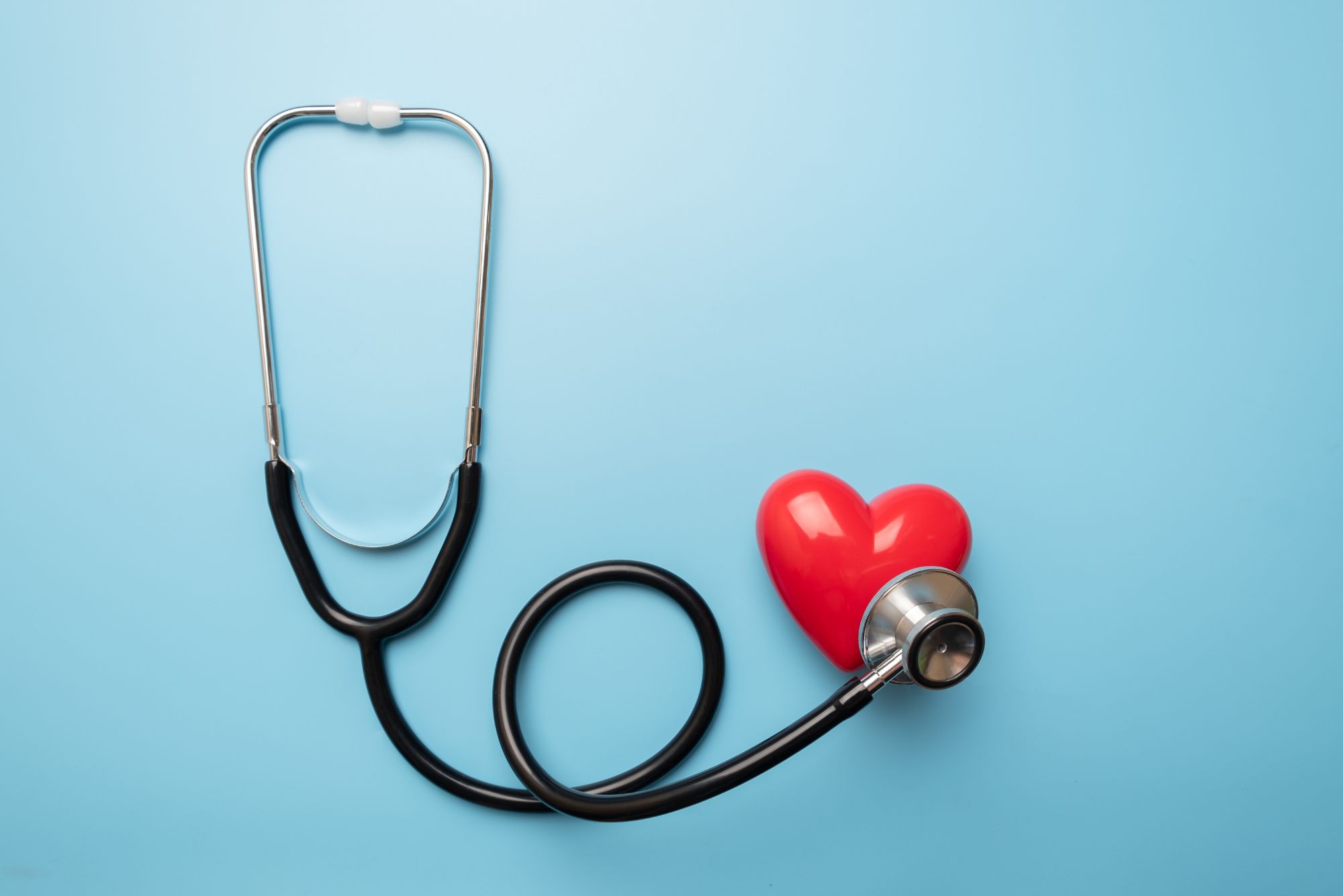 Why Cardiovascular Tests Should Be a Normal Part of Your Life

It’s no secret that existing healthcare is flawed. In fact, many would say it’s downright broken. In a system that financially rewards treating disease and discourages prevention, patients rarely receive testing until they show concerning symptoms — and by that time, disease has already arrived.

One of the most glaring examples of this is with cardiovascular testing. In the U.S. and most Western countries, heart disease is the leading cause of death. And for an alarming percentage of patients with heart disease, their first symptom is sudden death.

Heart attacks usually occur for one of two reasons:

Blocked arteries from excessive buildup are often referred to as an “old person’s disease,” but ruptures can happen more often and in much younger people. In fact, as many as 75% of heart attacks come from plaque ruptures.

The good news is, we have a greater opportunity now than we’ve ever had in medicine. We have the knowledge and tools to prevent and catch heart disease early on, and they’re more accessible than ever before. Wearable technology helps detect issues like atrial fibrillation (A-fib), simple blood tests catch abnormalities while avoiding invasive procedures, and advances keep marching on.

There’s a shift happening in medicine, from a “sick care” mindset to a prevention-minded approach. And it’s largely driven by patients. Patients don’t want to wait until they develop a disease to take action. There’s a strong demand for prevention. 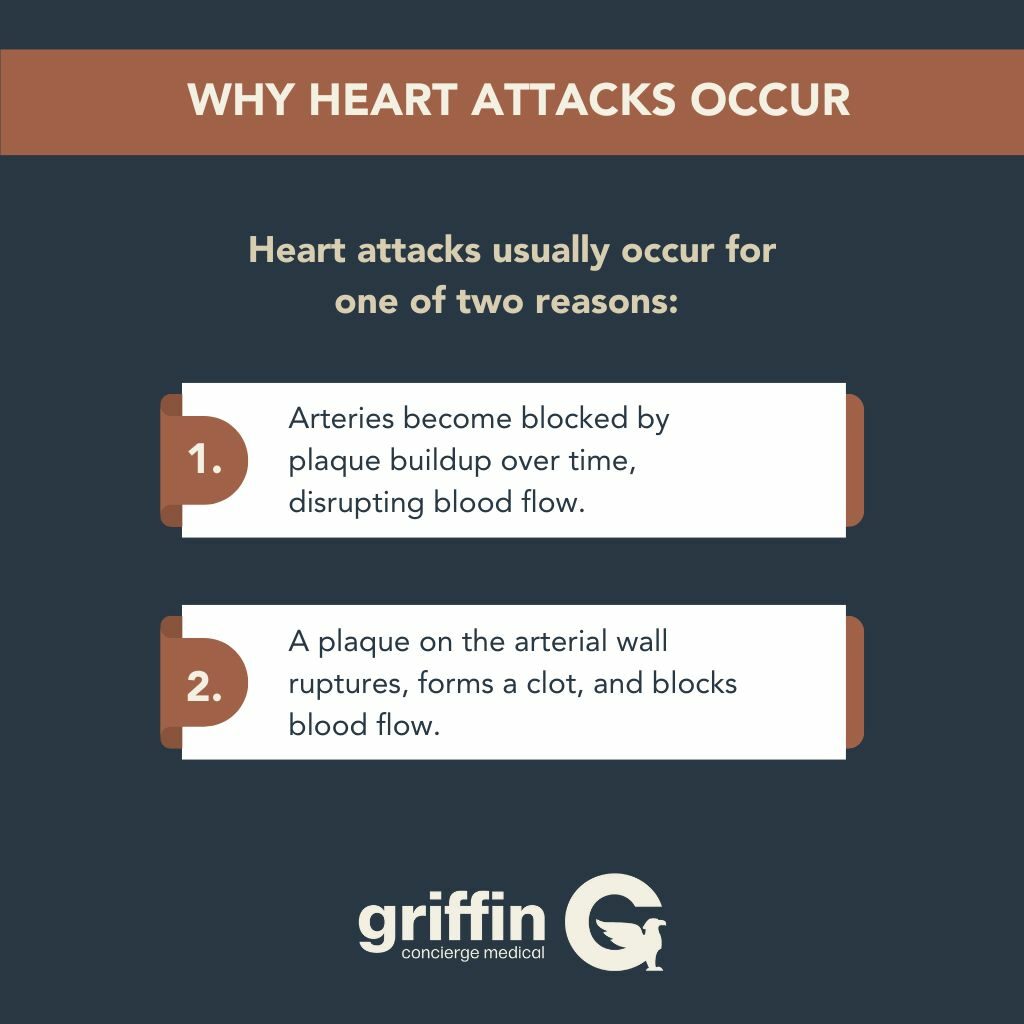 Because the current sick-care model is symptom-based, physicians don’t typically perform cardiovascular testing unless a patient complains of a possible sign of heart disease. If a patient comes in complaining of chest pain, that triggers an algorithm-based journey of testing and potential treatment.

Typically, a primary care doctor starts the screening process with an electrocardiogram (EKG), which takes a quick snapshot of the heart’s rhythm — a rather poor measure of the heart’s overall health. They also refer the patient to a cardiologist.

Cardiologists then have their own set of procedures to follow, starting with another EKG, then a nuclear stress test followed by cardiac catheterization. Depending on the results, they may recommend stents or a bypass to prevent a heart attack.

Most cardiologists stop at the stress test in this framework. This is good news, because when we stent or bypass a patient, we essentially create a new condition — almost a new disease — that we have to manage in addition to the existing heart disease. We don’t want to do that unless we’re absolutely sure it’s necessary.

But another challenge is that stress tests have a high rate of false positives and false negatives, and even the U.S. Preventive Services Task Force rates EKGs poorly. Physicians, then, have to rely on their personal judgment and assessment of their patients’ risk factors to decide whether to move forward with more invasive measures.

Why the Algorithm Doesn’t Work: A Story

I once conducted a cardiac CT on a member of my practice, and we found that he had a large “widowmaker” lesion that could lead to a massive heart attack at any time. We were obviously worried, but we were glad we caught it. The member felt perfectly fine when I called him and told him we needed to go straight to the hospital for cardiac catheterization and probably a stent to make sure that plaque didn’t rupture.

When we got to the ER, the ER doctor said to the member, “You’re having chest pain, right?” with a little wink. Why? Because the patient needed to say he was having chest pain to trigger the system. So of course he said it, and he was able to get his cath done that evening.

But what a joke. The hospital wouldn’t get paid unless the patient said, “Yes, I’m having chest pain,” because that’s what the algorithm dictates. And if he hadn’t, he wouldn’t have been able to get the timely procedure that saved his life. It’s crazy that the simple verbalization of a symptom — that not everyone with heart disease will even have — triggers the whole system.

Break Free From the Algorithm With Regular Cardiovascular Testing

Since we know that the first symptom of heart disease could be death and that symptom-based testing is unreliable, what should we do? We need to break out of the symptom-based algorithm by embracing regular cardiovascular testing.

We’ve talked before about the importance of knowing your numbers through baseline blood work; regular cardiovascular testing lets you know your arteries, too. As a general rule, men in their mid-30s to early 40s and women in their late 40s to early 50s can start regular cardiovascular testing. At that age, your heart health is starting to head in a certain direction, and we like to just take a look and see what’s going on. Since a cardiac CT is so simple and safe, there’s little reason not to.

If you have other risk factors for heart disease, such as elevated inflammation or a family history of early heart attack, we recommend starting cardiovascular testing much earlier. And of course any concerning symptoms (like chest pain) warrant testing as well.

Regular cardiovascular testing allows us to identify heart disease so much earlier than symptom-based testing, which means we have time to do something about it.

Unfortunately, despite advances in testing and prevention, the core of our medical system is still “sick care” oriented. This is where your concierge physician can act as a guide, walking with you and balancing the existing sick care system with the preventative model to ensure you get the very best care. 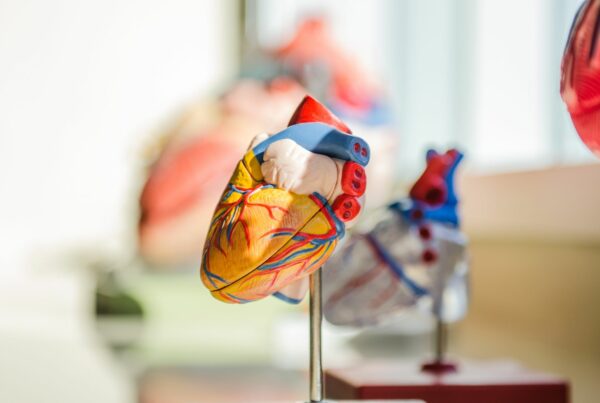 Which Cardiac Tests Should You Get BEFORE a Surgery? 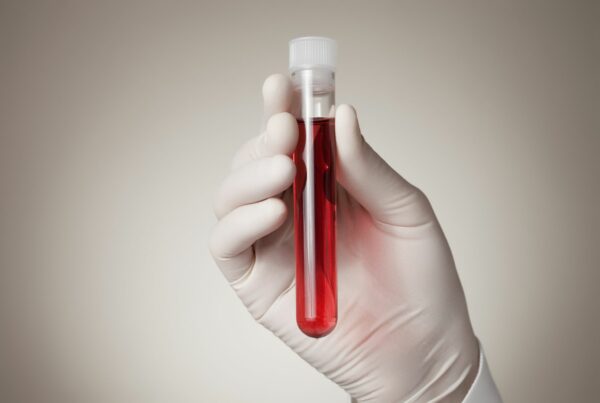 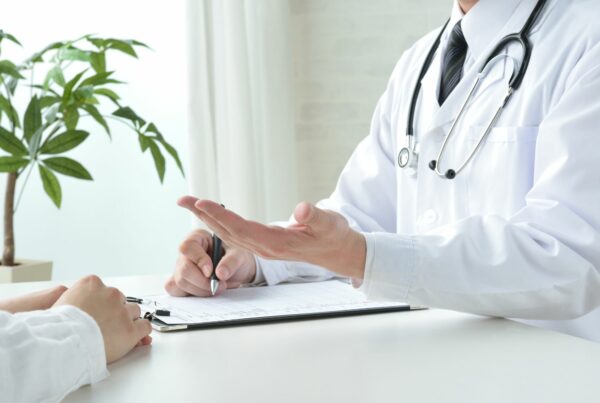 What Is an Executive Physical and Do You Need One?