The Cholesterol Myth: Why This Science Is Flawed

Whenever you get a physical, your physician probably orders a lipid panel, which includes a measure of your cholesterol.

Why do they do that, and what exactly is cholesterol anyway?

Cholesterol is a vital part of human life. It’s the building block of so many chemicals and hormones in the body. We actually need cholesterol to survive.

A person’s cholesterol levels can provide clues as to what’s happening with their metabolism. But for decades, the medical community has also considered cholesterol an important marker for heart disease.

Over the years, however, evidence has emerged indicating that cholesterol might not be the straightforward indicator of heart disease we thought it was. In fact, we might have been operating under a powerful misunderstanding — The Cholesterol Myth — for generations.

Two distinctly different camps have since developed with regard to cholesterol:

We’d like to dive in between these two opposing camps and peel back the layers of The Cholesterol Myth to offer a third option. Our goal is to discern what to pay attention to and to understand what’s actually important here.

The Cholesterol Myth: The Driver of Health Policy for Over 50 Years

Our views of cholesterol as universally “bad” date back to the time of President Eisenhower. Back in 1955, Eisenhower was playing golf when he suffered a heart attack. The news shook the nation.

The president survived his heart attack and soon commissioned a group, led by physiologist Ancel Keys, to research the culprit behind heart disease. Because heart attacks result from a buildup of plaque in the arteries, Keys sought to discover the source of that plaque. His research indicated a correlation between heart disease and high blood cholesterol levels. This correlation led him and others to conclude that blood cholesterol leads to plaque development and heart disease.

The government and many health organizations minted new recommendations that Americans should cut down on saturated fats and cholesterol in their diets. For years, low-fat diets became the standard means to address increasing blood cholesterol and heart disease.

The question now is this: Did it make a difference?

The Problems With Cholesterol Science

The reality seems to indicate that cholesterol doesn’t play quite the role Keys and others thought it did.

Another problem that’s come to light is the design of Keys’ studies. The gold standard for research today is to take a hypothesis and test it using randomized clinical trials (RCTs) to avoid errors and biases. Keys’ work relied on observational data rather than RCTs. While this alone doesn’t make his theory either true or untrue, it does call into question how much we can rely on the data.

What we’re now learning is that understanding heart disease — and cholesterol science — isn’t as black and white as we thought. This is why we have the term The Cholesterol Myth today.

One thing that’s confounded the process of understanding cholesterol’s effect on heart disease is the use of statin drugs.

But again, we only have a correlation. And in science, correlation does not equal causation.

We’re now learning that there’s much more to plaque formation than blood cholesterol. Instead, inflammation seems to be the major driver of plaque development, rather than cholesterol alone.

In the decades since Keys’ research, for example, we’ve learned that smoking is one of the biggest drivers of heart disease. And of course, smoking has nothing to do with diet. However, smoking increases inflammation in the arteries. We see far more heart attacks in smokers, regardless of their cholesterol level.

We’re seeing the same thing in people who have diabetes: increased heart disease, regardless of cholesterol levels. Diabetics, especially those with type 2 diabetes, tend to have increased inflammation in their bodies.

The pattern we’re seeing is that people with elevated levels of inflammation — whether from smoking, diabetes, or some other cause — have a higher risk for heart disease, regardless of their cholesterol levels.

Does Cholesterol Matter for Heart Health?

All of this isn’t to say that cholesterol is irrelevant. It isn’t, and knowing your numbers is still important. But it turns out that there’s an art to reading cholesterol numbers and teasing out their implications. We look at the interplay between factors like:

Knowing these numbers and diving into their nuances with your doctor can provide great insight into your heart health.

We also recommend taking advantage of coronary CT angiography (CCTA) screening, regardless of what your cholesterol levels look like. CCTA has helped us detect plaque and arterial inflammation in so many patients with “normal cholesterol” levels over the years.

With blood tests, we’re wondering whether someone has heart disease based on numbers that might indicate it. With a CCTA, we know for sure because we can go right to the source. Then, we can let the numbers act as our guide. For example, if a patient has inflammation in their blood vessels, perhaps we’ll prescribe a statin — not specifically to lower their cholesterol, but because statins are anti-inflammatory. 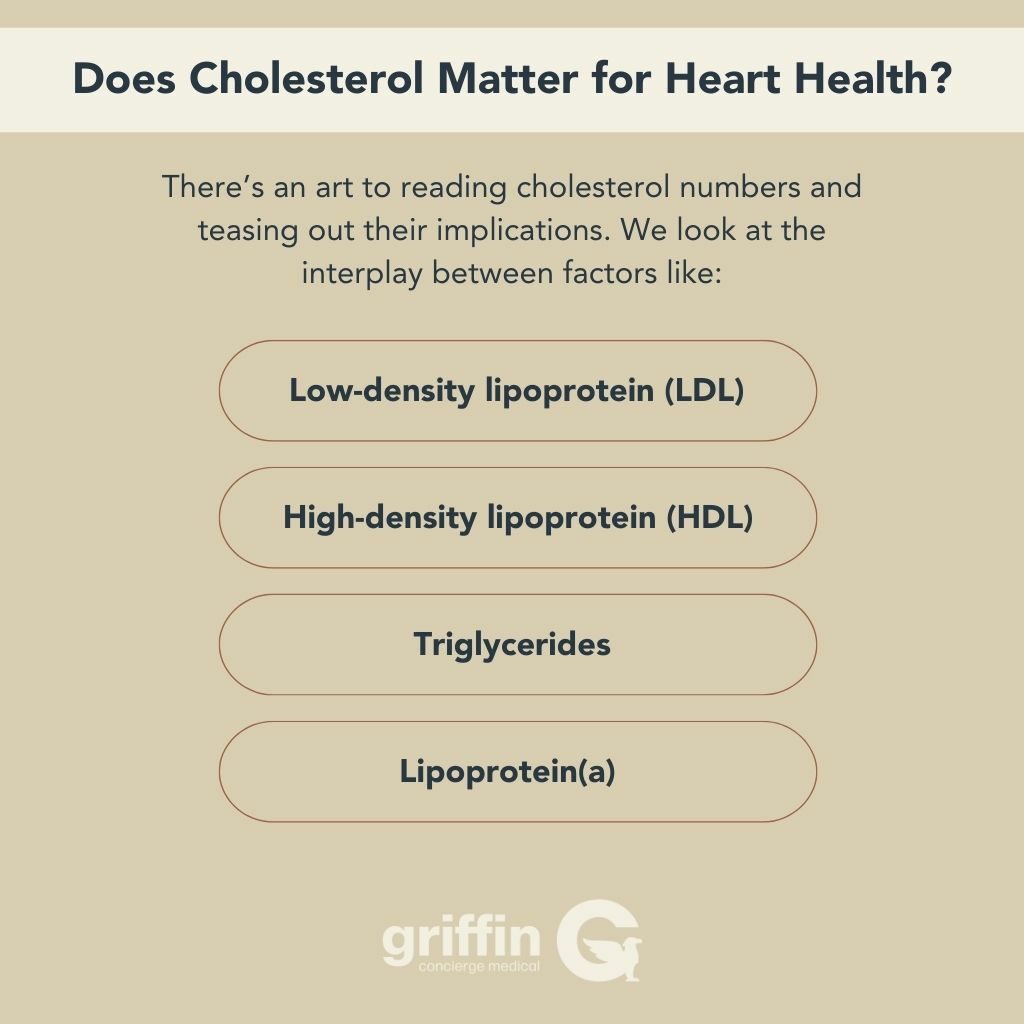 So is The Cholesterol Myth really a myth? As with so much in medicine, the answer is a very firm “sort of.” Cholesterol is important, but it isn’t the smoking gun Keys thought it was. Other factors play a role — even a bigger role — and we’re learning more all the time.

We always recommend discussing your lipid panels with your doctor and considering your whole body health. Cholesterol levels are extremely nuanced, and every patient is unique. Remember, what works for one person may not work for another. Your strategy should match you as an individual.

How Long After Starting HRT Do You Feel a Difference? 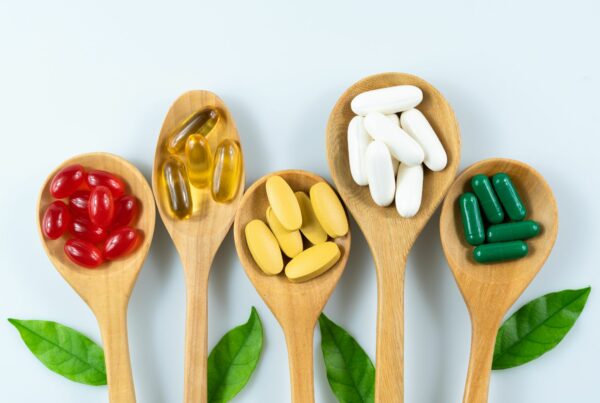 6 Supplements We Regularly Give Our Members

The CognICA Test: Everything You Need to Know